International Women’s Day is being dumbed down. Have you noticed? This has been bugging me for a while but it hit a crescendo with an invitation landing in my inbox to an IWD event to be hosted by a national organisation for leaders.

Tucked away behind the headlines of the stellar line up of television personalities, politicians and style icons, all getting together for a “long lunch” to celebrate “women’s big day” was the price tag: $199 per ticket.

Another day, another invitation, another event: $135.

Another day, another invitation, to yet another event: $95.

Has this become just another commercialized occasion, marked by attendance at yet another overcrowded event, in a nondescript five-star venue?

And is it just me, or does anyone else think $200 is a lot to spend on lunch?

International Women’s Day is a very special time of year for me. It’s a time to reflect on just how far women have come, how much we’ve achieved, and the massive contribution women make to the communities we live in. Because of that, I’m celebrating by giving away copies of my book – written as a gift of inspiration for when the going gets tough – during the month of March. But more about that later.

Every year, on the 8th of March, I join with fellow citizens of the globe in celebrating the social, economic, cultural and political achievements of women. And the ongoing efforts we must exert towards accelerating gender parity.

Because, believe it or not, even in Australia, gender parity is a long way off.

Let’s not forget, as participants ham it up in capital cities at silver service restaurants with million dollar views, there is another cohort of women for whom the struggle isn’t over.

Here in Australia, just under half a million women have reported experiencing physical or sexual violence or sexual assault in the past 12 months.

In Australia, domestic violence is the leading cause of death and injury in women under 45, with more than one woman murdered by her current or former partner every week.

In Australia, one in two mothers reported experiencing discrimination in the workplace at some point.

And the national gender pay gap is currently 17.9% and has hovered between 15% and 19% for the past two decades, meaning that an Australian female performing an equivalent role to an Australian male will take home only 80 cents for every full dollar that her male peer earns.

To be clear, I have $200 in my bank account that I could spend on that lunch: for that I am thankful and there’s no doubt I live a privileged life. And that’s the reason why, this year, I’m choosing to do more.

So this International Women’s Day, I’ve chosen to support three organisations whose work will continue long after the waiters have cleared the tables:

Supporting organisations that actually get stuff done is really important, because it’s what happens IN BETWEEN the celebrations that really counts; and it’s the level of sustained and ongoing activity that determines whether those great ideas and theories postulated on IWD either turn into outcomes, or fizzle into the oblivion.

And yes, I’ll also be celebrating over the month of March, with many of my friends. If you decide to get along to an organised event, please consider attending one with an appropriate charity partner. There are many to choose from.

If you don’t have anything planned, why not get a group of your friends or colleagues together in your local coffee shop to reflect on your achievements and those of the women around you. You and your friends can order a free copy of my book – with my compliments – to mark the occasion. And why would I do that? Because I can.

(Note: if you want to place bulk orders for your team, please contact me ASAP so we can get it organised in time). 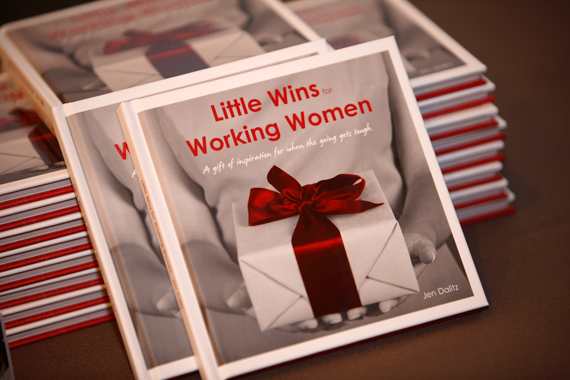 And perhaps you will consider donating some or all of the book’s $20 retail price to a charity that supports women in need, be they in Australia or around the world.

The question is, how will you show it?

This message is only visible to admins.
Problem displaying Facebook posts. Backup cache in use.
Click to show error
Error: Error validating access token: The user has not authorized application 1332798716823516. Type: OAuthException